In this week's Getting to Know Your Countrymen Glenn Poulton chats with our U16's manager Mick Grant. 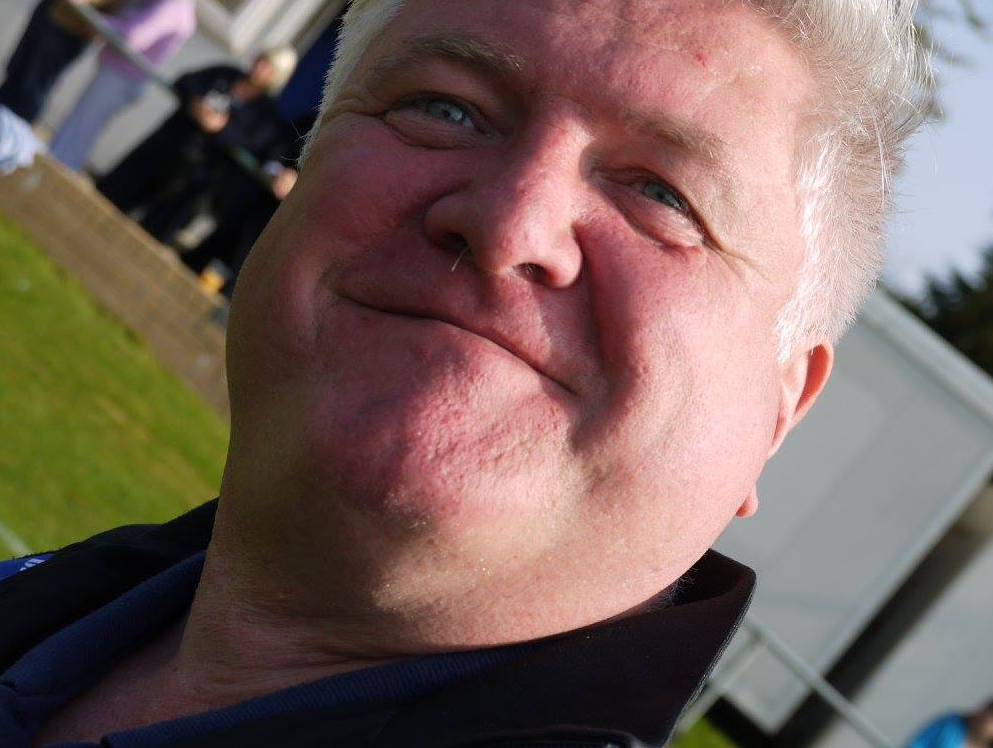 Hi, Im Mick Grant, 18 (with 32 years experience), I'm a key account manager with Halma Water Management. We are an engineering manufacturer and my area is everything North and West (If you

draw a line between Bristol and Hull, North and West is mine!)
I started coaching at under 8's when my eldest son Sinon started playing. I didn't think that anything could come close to playing, but I suffer from an enormous amount of pride when I watch my boys play, or our U16s really battle for a result.

I dont think winning should be everything, but wanting to win should certainly be in the top one out of ten. I dont mind losing (big lie), if the lads have given their all and we were beaten by a better team on the day, but i hate it when we don't perform as we know we can. #Grumpydad #Grumpymanager

How did you first come to know about Hallam?
I have lived all my life in Crookes (about a mile away) and it was every kids dream to one day play for Hallam. It was the benchmark of “If you were any good”. Unfortunately I wasn’t and didn’t!

Your role at the club?
I am Manager/Coach of the Hallam JFC Under 16’s and happy to help where needed. The chairman makes it easy to say "No", so there is no guilty feeling if I cant help out, but im really looking forward to getting involved with some of the activities that the club put on on match days - We regularly have local teams come as Ball Boys on match days and we want to make their experience as fantastic as possible.

Have you ever played or scored on the oldest pitch in the world?

I've scored warming the lads up prior to a game starting, but unfortunately thats about it. However ive had the privilege of managing a team that played on the oldest pitch in the World. I've currently partially ruptured both of my Achilles tendons, so wasn’t able to play in the recent charity game. Gutted not to play, honoured to stand in the dugout as manager.

Your favourite or stand out moment while helping out at Hallam?
Our recent Charity game between the U16’s and A (Sir) Chris Waddle celebrity XI. The game was in aid of Bluebell Wood Childrens Hospice, in memory of Scott Marsden, a young man who played for us, but sadly passed away in March.

Who do you go to the games with?

Usually my sons Sinon and Seamus, but generally meet up with loads of my old team mates from my playing days, who come to most games.

Favourite away ground you've visited and why? (While following Hallam or with your age group)
A bit of a cheat, but we once played on the brand new Chesterfield ground, the season that they moved from Saltergate. We had access to the changing rooms and were treated like royalty. Every child should be able to play on a surface like that every week.

Do you stand on the terrace or sit in the stand for the matches?

Bit of both and occasionally watch through the window (Hic!)

Pasty from Ann's cabin or pint at half time?
Ann's cabin for a pasty and loads of Bovril (black pepper and Hendos) as I usually drive, however Jane's Si Si San Miguel has a certain appeal when the car is at home!

How many layers do you wear at a mid week home game in January?!

Just a Tee Shirt always (And my Sondeco ¾ length padded manager’s coat. It’s like a quilt and the best piece of football kit I’ve ever owned – apart from my Puma Kings!)

Wednesday or United or other?

Born and Bred Wednesday. Who are the other team that you mentioned anyway.

If you were to encourage a first time visitor, what would you say?
You will not get a better football experience anywhere. The bar is brilliant, the food fantastic, the football honest endeavour, and the welcome 2nd to non. We want people to want to come back to see us. Nothing is too much trouble.

Where do you expect Hallam to finish in the league this season your age group season so far and target....?

I'd hope that we can at least make the play offs. For the U16’s we are 3 months into the season and are competing on all 3 fronts. League, County Cup, League Cup. Target – to finally make the lads realise just how good they are and that nothing is Impossible to them.

Where does your age group play/train. Are you on the look out for new players and if so how can someone contact you.

Our home ground is at Chaucer School on the 3G pitch, but close season, we train in Hillsborough Park on a Thursday night. We currently have a full squad, the core of which has been together for several years, however in the new year. Players can call me on 07921 403359, when we start pre season again.