Cardwell checks in at Sandygate 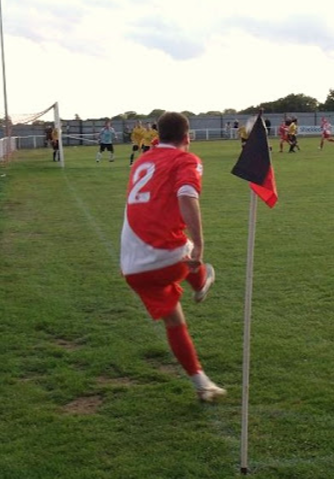 There was a familiar face in Hallam’s Technical Area on Tuesday night as former Parkgate and Maltby Main defender Danny Cardwell lined up as Assistant Manager alongside Joint Managers Stephen Whitehead and Ryan Hindley for the home win over Armthorpe Welfare, write Ian Jones and John Wiseman for the Hallam FC Website, www.hallamfc.co.uk.

With former Assistant Manager Wez Hill and First Team coach Simon Mirfin standing down, Stephen and Ryan moved quickly to strengthen the backroom staff-and they are both certain that they have the man they need.

Hindley “Danny is a great addition “

“Danny -a.k.a. Cockers-comes to Hallam having been a massive part of my first two seasons as a manager” Ryan explained. “He is well known to both me and Steve not only as player but also a close friend and someone we both trust. He is one of the best right backs to grace the NCEL so we are delighted to have him our Assistant – he can still do a bit as well, so never say never to seeing DC in a Hallam shirt again!”

Stephen Whitehead is equally pleased with the recruit. “I’m delighted with the addition” he told www.hallamfc.co.uk. “As soon as Wez and Mirf said that they were going to stand down I had a think and Danny was the one that came to mind. After a few discussions between myself and Ryan we agreed that he was perfect for the role.”

You can catch up with Stephen, Ryan and Danny when Hallam visit Glasshoughton Welfare at the TJ’s Travel Arena, Leeds Road, Castleford WF10 4PF. This coming Saturday, Kick-off 3pm.