Charity of the Year

Hallam FC are delighted to announce that they have chosen The Children's Hospital Charity as their 'Charity of the Year' for 2018. 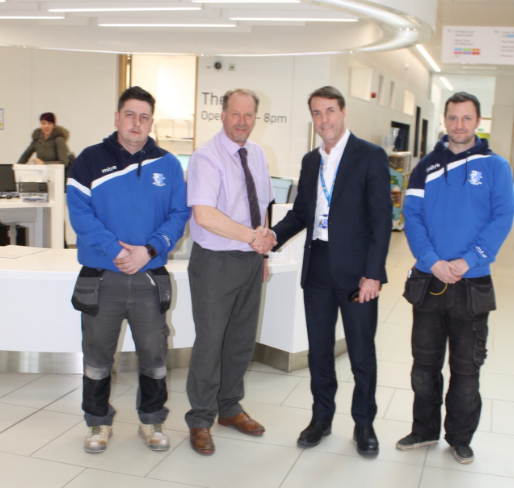 John Somers commented on the new partnership "Sheffield Children's are delighted to be Hallam FC's chosen charity for this year. Both our organisations were founded in the 1800's and have become Sheffield institutions. We're still going from strength to strength and remain dedicated to the communities we're part of. The money raised by your contributions will help us in our mission to continue bringing world class healthcare to South Yorkshire."

Tchad Western, The Children’s Hospital Charity’s Corporate Partnerships Manager said “We’re thrilled to be kicking off this new partnership today. Every pound raised this year will make a huge difference to our young patients and their families as we strive to make an extraordinary hospital even better. We’re so thankful to Steve and everyone at Hallam FC for their support”.

Hallam Chairman Steve Basford said "This is a fantastic opportiunity for Hallam FC to be working with one of the largest charities in Yorkshire, let alone Sheffield. We'll be announcing a range of actitivies during the coming months to raise money for The Children's and we're starting off by welcoming members of the team along to this Saturday's game at Sandygate v Eccleshill United."