Bishop makes his point for Countrymen 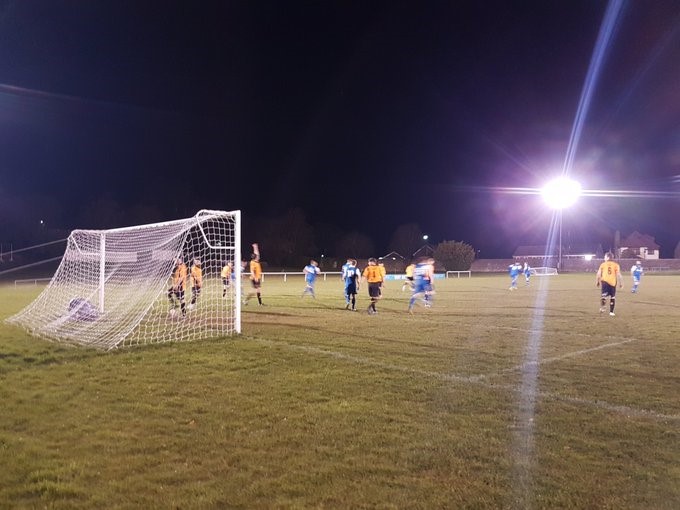 Hallam returned to Toolstation NCEL action after a hiatus of over three weeks when they shared the points in a 1-1 draw with North Ferriby in front of a crowd of 203 at a chilly Sandygate last night, write Ian Jones and John Wiseman for www.hallamfc.co.uk. The draw moves Hallam up to eighth in the table, thirteen points adrift of the Villagers, who occupy fourth spot- the final automatic promotion place- although Hallam still have a few games in hand on the leading group.

Kicking downhill in the first half, and on a soft but perfectly playable surface, an attacking-looking home side -including debutant Jack Haslam- got straight on to the front foot. Nine minutes in, Ferriby keeper Lewis Exall produced a stunning save to deny Micha Bishop’s effort from the edge of the box ; Exall was called upon again three minutes later to deny a cross shot from Danny Booth, and saved well again from Haslam’s half-volley on twenty minutes.

The visitors threatened more as the half went on, with Brody Forrester going close, but half time came with the games goalless.

Whitehead: “We may just have edged it-but they caused us problems”

North Ferriby started the second half the better, with Tom Corner going close, but after a spell of few chances the Villagers took the lead. Hallam ‘keeper James Leverton seemed to have cleared his lines with a firm punch, but Will Annan picked up the loose ball, made space for himself, and finished well.

With Forrester again going close for North Ferriby, the Hallam Management team rang the changes and Alex Rippon thrown on in attack; and with seven minutes left on the clock, the home side were level. The dangerous Bishop fired in a dangerous left-footed free kick which flew past everyone into the top corner to level the contest at 1-1. 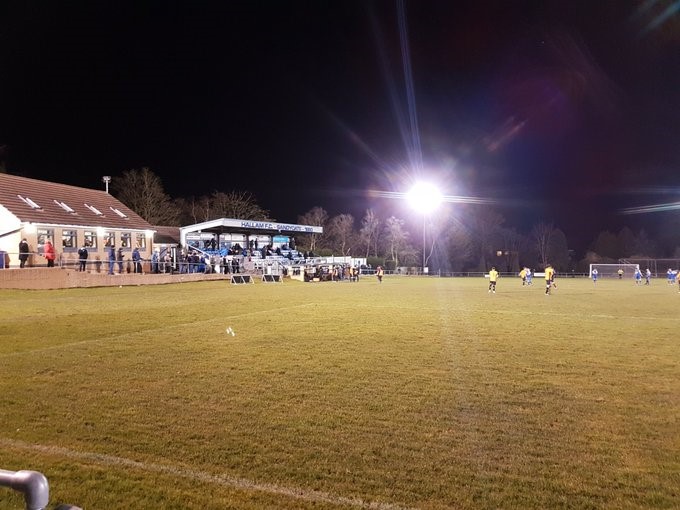 Both sides traded opportunities before referee Sam Clayton brought the evening to a close with the sides deadlocked.

Hallam are back in action at Sandygate on Saturday when they welcome Ollerton Town; North Ferriby host Hall Road Rangers; both fixtures kick-off at 3pm.

After the game, Ian and John fielded the post-match verdict of Joint Manager Stephen Whitehead.

Stephen, sum that up for us. After a strong start to the game do you see it as a good point or two points dropped against one of our promotion rivals?

If you analyse the game we were on top for 70 minutes of the game but in the 20 minutes that they had they caused us a load of problems and if you look at the chances it was pretty even; we may have just edged it. For me on home soil it’s 2 dropped but I was very pleased with the lads’ work rate and commitment after not playing for a while.

Who stood out for you this evening?

Sam Smith gave a proper skipper’s performance , Tom Roebuck and Julian Lawrence didn’t give a very good front line for them any chances, Danny Booth gave his usual energetic performance, Micah Bishop was his normal busy attacking self, causing problems and it was a great debut from Jack Haslam.

Another home game on Saturday when Ollerton visit Sandygate. What are you expecting after a hard-fought game at their place?

We need to look at picking 3 points up as we need to start gaining ground on the top 4; hopefully we do that with a win on Saturday. UTH!!! 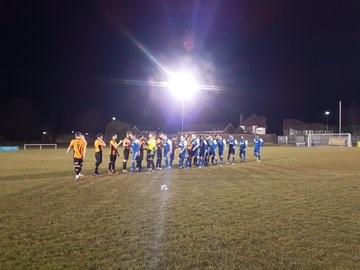