Wilson melts the Steelmen in his hat-trick crucible 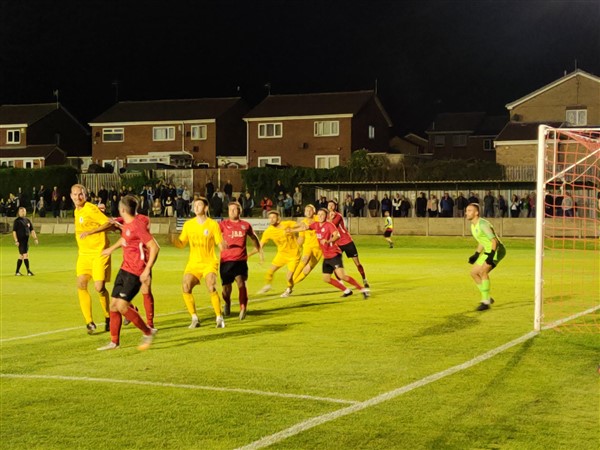 275 came out on a Wednesday night in North Rotherham to see Parkgate FC v Hallam FC. This was Parkgate’s biggest home crowd of the season and it was boosted by the 50 – 60 Countrymen who had made the journey over the Sheffield border. Parkgate FC has perhaps one of the nicest playing surfaces in the league, the friendly welcome and a quality sausage rolls makes the journey a convivial one.

The first few minutes of the game was a cagey affair with both teams trying to exploit each other defences, Parkgate had an early threat on the Hallam left side and that set the tone for Parkgate’s attacking strategy.

Hallam made the opening in the 4th minute; the ball was lobbed forward in front of an advancing Iren Wilson who beats the offside trap and slots the ball into the net to give Hallam an early advantage. 0-1

Parkgate FC now started to retain more of the possession and was finding further penetration of the Hallam’s rear-guard. crosses were flying into the box but the Hallam defence safely dealt with all the threats. Hallam’s debutant keeper Callum Fielding makes a great impact on the game snuffing out any crosses the defence didn’t and accurately converting goal kicks into assists.

On the 20th minute Iren Wilson picks up the ball just beyond the Parkgate box and with a salsa’esk dance of ball control weaved through the Parkgate defence finally taking it around the keeper and netting his second goal 0-2.

This did not kill off Parkgate and the threat on the Hallam left continued to cause a few edgy moments, but the mixture of defence, keeper and inaccuracy held the match at 0-2 for Half Time.

Second half started at the same pace as the first ended and both sides explored the possibilities of a goal. It was Parkgate who nearly found it bar a great save from Fielding from a point-blank attempt. During this period of play there was also an attempt to end Danny Patterson’s night but with some treatment he hobbled up to continue the contest.

With the second half into the 60th minute Wilson cuts in from the right across the Parkgate box taking the ball past several defenders. His shot found the net via a slight deflection from a player’s appendage bagging Wilson his hat-trick. 0-3

Over the next 15 minutes the pitch saw the introduction of Gregory, Watson and Scully replacing Royles, Wilson and Bradbury. Watson made an impact in the 80th minute with a fine shot from outside the box which was well saved by the Parkgate keeper pushing a low ball past the post.

Match ended 0-3 and keeps Hallam in the chasing pack at the top of the NCEL Dv1.

Next game is away to Rainworth MW on Saturday 25th September. 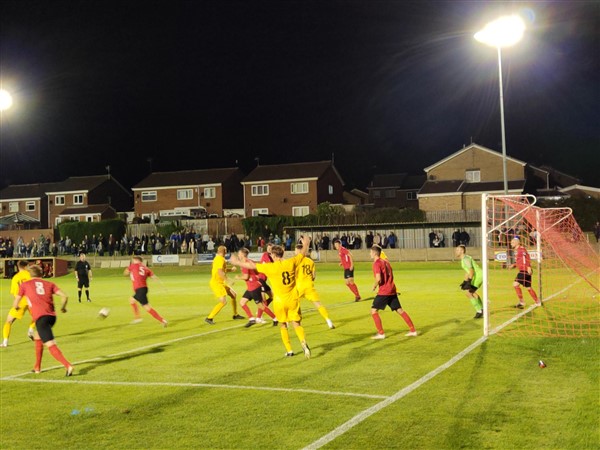