Countrymen Crash Out of Cup! 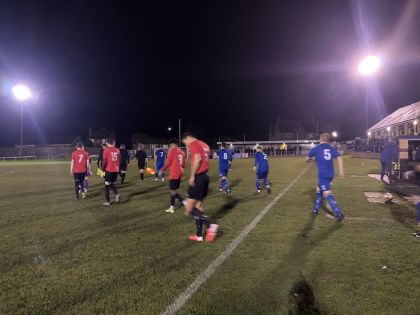 This Sheffield & Hallamshire Senior Cup Quarter Final was played out at Sandygate on a cold and damp Tuesday evening in front of a crowd of 364. Both teams have been performing well in the league, and so the stage was set for an intriguing encounter.

Both sides started brightly with plenty of end to end action, but it was Hallam who broke the deadlock in the 30th minute when Niall Smith’s cross was tapped in by striker Kieren Watson. Finding themselves a goal down, Rossington then laid siege to the Hallam goal for the reminder of the half. Somehow Hallam’s defence managed to weather the storm, keeping the waves of Rossington attackers at bay, often thanks to the heroics being performed by ‘keeper Myles Wright. As the whistle was blown for half-time, Wright received a well-deserved ovation from the Hallam fans standing in the shed-end.

But the warning signs were there for Hallam; Rossington are a talented side. Could the Countrymen keep them at bay in the second half? The answer was not long in coming. Within a minute Rossington were on level terms thanks to a goal by Tyler Bell.

Things could have played out very differently if Joshua Scully’s bullet-like free kick in the 57th minute had hit the back of the net rather than rebounded off the crossbar. As it was Hallam were denied, and from there on Rossington established total dominance of the game.

Four goals came for the visitors on the 65th, 69th, 75th, and 85th minute, with the Rossington forwards able to thwart the Hallam defence seemingly at will. Having performed wonders in the first half, there was little that Hallam ‘keeper Wright could do to keep the ball out of the back of the net.

And so Hallam bow out of the Sheffield & Hallamshire Senior Cup, while Rossington Main progress to the semi-final stage. In the words of the famous adage – Hallam are now free to concentrate all of their efforts on the league without the distraction of cup games! As Monty Python once said, always look on the bright side of life! 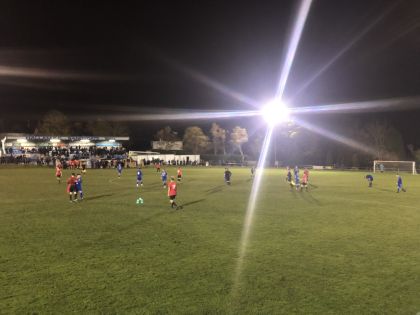 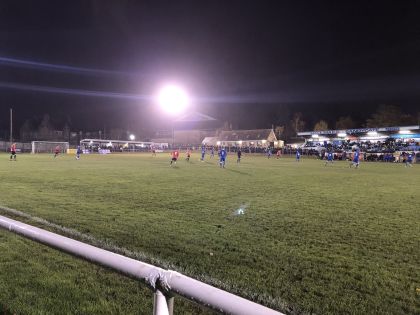