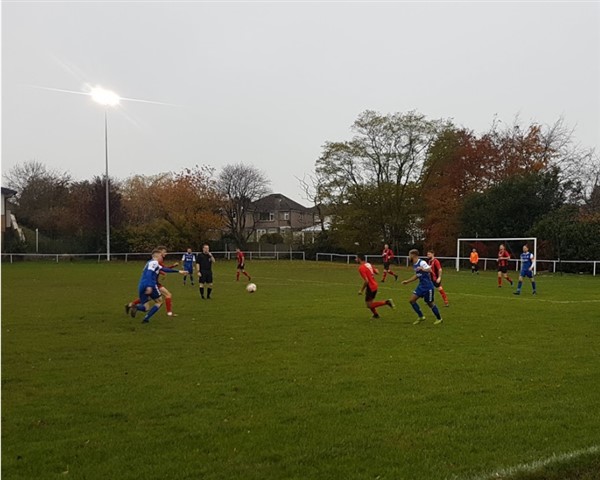 After a three-week layoff, Hallam suffered a disappointing return to competitive action when second-placed Campion inflicted a 5-2 defeat on the Countrymen at the Kay and Lane Insurance Stadium in Bradford on Saturday afternoon, write Ian Jones and Glenn Poulton for the Hallam FC Website.
Hallam drop to tenth in Toolstation NCEL Division One as a result but have games in hand on most of the sides around them and lie just five points adrift of the automatic promotion places.

On a cold afternoon on Scotchman Road and in front of a hardy crowd of 67, Hallam made the early running , and Tom Wilson and Micah Bishop threatened in the first quarter of an hour; but 18 minutes in, the visitors failed to clear their lines effectively, and Jason Carney opened the scoring for the hosts.

Hallam roared back, and threatened on numerous occasions, but couldn’t make the breakthrough before the half time whistle.

Early in the second period, Campion keeper Declan Lampton was equal to two quickfire efforts from Jordan Turner, but not to be denied, the visitors levelled after 49 minutes when Tyler Bradley headed home from Kiyani Clayton’s fine corner.

Four minutes later, though, the home side edged in front for a second time through Mohammed Qasim’s lovely solo goal.

Whitehead “It was a rubbish day at the office”

On 56 minutes, Hallam levelled up the contest at 2-2, when Sam Smith converted a right-footed penalty down low to Lampton’s left, only for the hosts to take a 3-2 lead almost immediately through Qasim.

The Countrymen pushed for another equalising goal, but ran the risk of being caught on the break; and so it proved, as Qasim completed his hat-trick on 67 minutes, and Danny Facey clinched the three points for Campion with the fifth goal with seven minutes left.

Ian and Glenn spoke with a frustrated Hallam Manager Stephen Whitehead after the game. 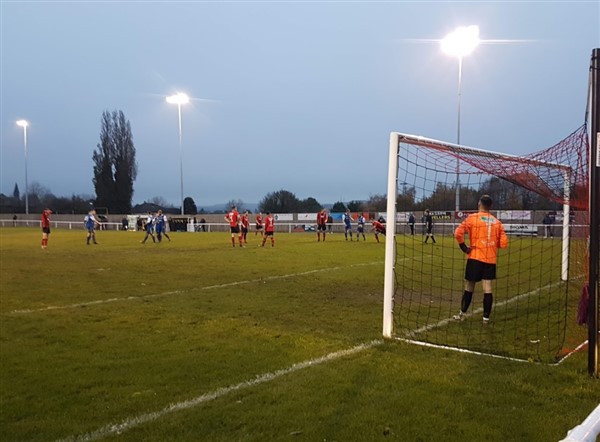 Stephen, at 1-1 and 2-2 you must have felt that this was a game you were very much in. Did you think their third goal so soon after Sam Smith's equaliser was crucial?

Not good enough all round; we let the lad walk through us straight from the kick off and that’s simply not good enough. We were let down by certain lads on the day and changes will be made. It was a rubbish day at the office.

How badly do you think the players were affected by the lay-off?

No excuse. We were let down by the players. We should have been fresher and sharper, but a few lads let us down on the day. They know who they are, and this won’t happen on my watch.

Next up its Swinton Athletic in the Senior Cup. What will your approach to team selection be?

Well, we’ve lost the last 2 and I want a win so I’ll be naming the strongest squad available; and believe me there will be changes. Some of the lads have played the last two games and not been good enough so things need to change.

Time to freshen it up.

Stephen Whitehead was talking to the Hallam FC Website