Ten Wins and Top of the League Proves Worsbrough Was Not a Bridge Too Far! 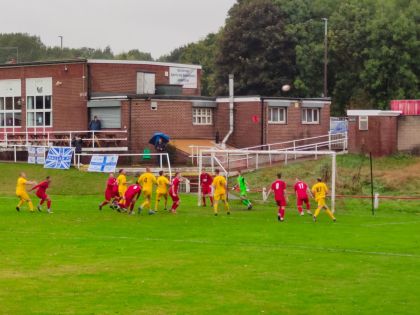 On a rain-soaked Saturday afternoon, an impressive two dozen-or-more Hallam supporters made the short journey to south Barnsley to cheer on the Countrymen and bolster Worsbrough Bridge’s 130 attendance figure.
Following nine successive victories, hopes were high for another Hallam win that would see them climb to the top of the NCEFL Division One. But as any football supporter knows only too well, the ‘beautiful game’ can have a habit of placing banana skins in the way of high-flying teams! Would the damp and cold of Worsbrough Bridge prove to be one such banana skin?

It was Hallam, playing in their familiar yellow away strip, that started the more brightly, dominating the game and producing some excellent passages of play. But Worsbrough were resilient and proved difficult to break-down in the final third of the pitch. On 14 minutes, a shocker of a tackle on the stalwart Chris Salt saw the Worsbrough player given a straight red, reducing the home side to ten men with barely a sixth of the game played. Hallam supporters, having seen the Countrymen mercilessly dispatch previous teams with depleted numbers, could have been forgiven for expecting the flood gates to open!

But still Worsbrough resisted the waves of yellow shirted Hallam players. The break-through came in the 27th minute when a clumsy challenge in the Worsbrough box led to a Hallam penalty, duly converted by Liam Royles. As the rain intensified and the half-time whistle was blown, it was a dominant Hallam that found themselves just one goal to the good.

In the 48th minute, a rare Worsbrough foray into the Hallam final third caught Hallam napping, and the home side contrived to snatch an unlikely equaliser. However the jubilation of the home supporters was short-lived, and another clumsy challenge in the Worsbrough box saw Liam Royles convert his second penalty of the day.

It was all Hallam now. The ten men of Worsbrough had few answers to the driving runs and silky skills of the Countrymen. In the 55th minute, Iren Wilson provided Hallam with their third goal, proving just what a dangerous player he is. In the 60th and 66th minutes, Brandon Bradbury got on the scoresheet with a brace of wonderfully well-worked and well-taken goals that were carbon copies of each other! And finally, in the 68th minute, Liam Royles completed his hat-trick with a goal that resulted after the shell-shocked Worsbrough goalkeeper contrived to allow a tame shot to fumble through his hands and trickle over the line. Final score, 6 – 1 to the Hallam.

As the final whistle was blown and the rain at last abated, it was the Hallam supporters who made their way home the happier, the encroaching autumnal South Yorkshire darkness unable to wipe the smiles from their faces. Another fine victory, ten wins on the bounce, and top of the league! Glory days indeed! 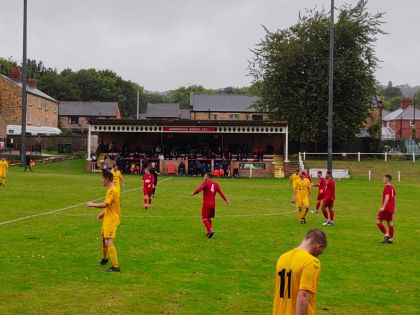 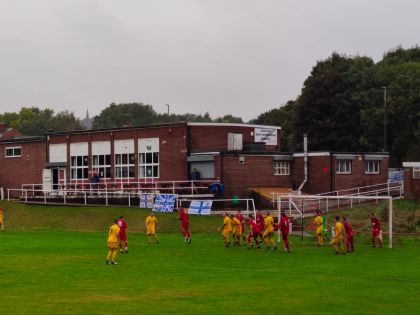 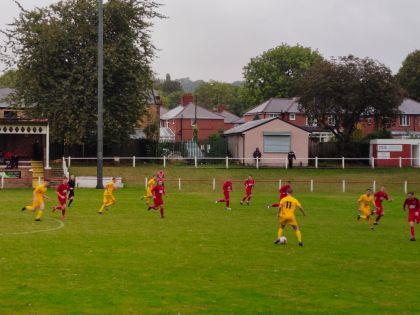 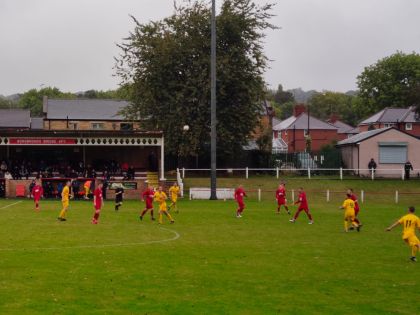 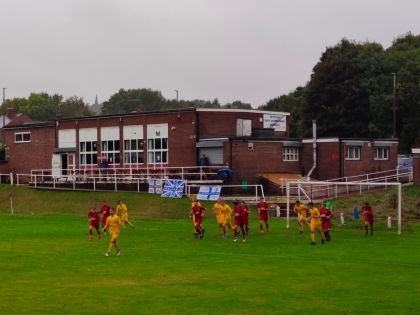